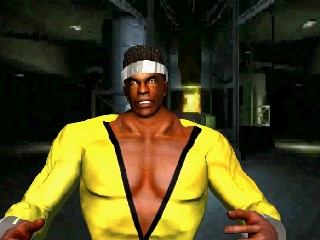 The media has been playing the same silly games since the beginning of time. Create a black person in a negative situation in order to get ratings. This is called the lowest common denominator. In other words? If you can get some black stupid asshole to talk loud and say nothing, it attracts other stupid black assholes to watch the video.

You want the truth? You can’t handle the truth! Stupid black people, just like any other nationality, will pull you down if you buy into their bullshit. If you are exposed to these half-wits? Cut your losses and try to improve your own life.

If you did not cause the problem don’t try to be the solution! Since I was in the media for over 40 years here are some videos I hope will piss you off. There is a media term that replaces the “N” word, Homo Erectus Inner City Mongoloid.

Instructional video, how to talk Hood-Rat!

Capt. Mo Fo is also a life coach showing you how to avoid the pitfalls of people who are bat shit crazy. Neurotic people need other people to feed their neurosis if you did not cause the problems? Cut them loose before you end up in rehab.

How to deal with dysfunctional people

Wake up black people! If you are trying to achieve something in your life, working, going to school, moving to a middle class neighborhood? Set up a firewall between you and the have-nots.

To put it another way? Stay away from people who are BAT SHIT CRAZY!

In search of the Homo Erectus Inner City Mongoloid.

If you can’t speak English how do you intend to survive? Dumb black folks take pride in the fact that the average person does not have a clue what the fuck they are talking about!

The quickest way for the Po Po to bust a cap in your ass? When you can’t communicate to law enforcement.

The next President of the United States. Othello “Mo Money” Jones

Anytime you get bunched up? Play the race card! It is some racist pig who is trying to take away your rights.

This video is probably used at the police academy to show recruits how a stupid black idiot talks himself to jail.

Innocent black man being intimidated by the police…

Former mayor Kwame Kilpatrick set the bar on how to fuck over people. Might come as a shock, but black politicians are just as corrupt as white politicians.

FYI By the time Kwame Kilpatrick gets out of jail? Crack will be legal!

The Gangster of Love

You need to be a member of onwm to add comments!

This reply was deleted.
E-mail me when people leave their comments –
Follow